The Classic 2014 at Lawrence Central

It was nice to end the season on a short trip to Lawrence Central High School and not having to leave so early.  Both choirs had one of their best performances of the year, although neither group qualified for the night finals.

Note - Lawrence Central had no awards for "Best Performer" in the Gymnasium.
The full schedule for the day is available for below as a PDF attachment.  Here are a few additional points for your information:

This is the 26th year for "The Classic" competition.  NPHS Choirs have attended this competition in the past, but it's not been an annual event.  The last time we competed at Lawrence Central High School was in 2011  This is a large event that covers two days.  Middle School Choirs compete on Friday evening, then High School Show Choirs and Concert Choirs on Saturday.
Here's the one-page posting on Facebook from March 12, 2014: 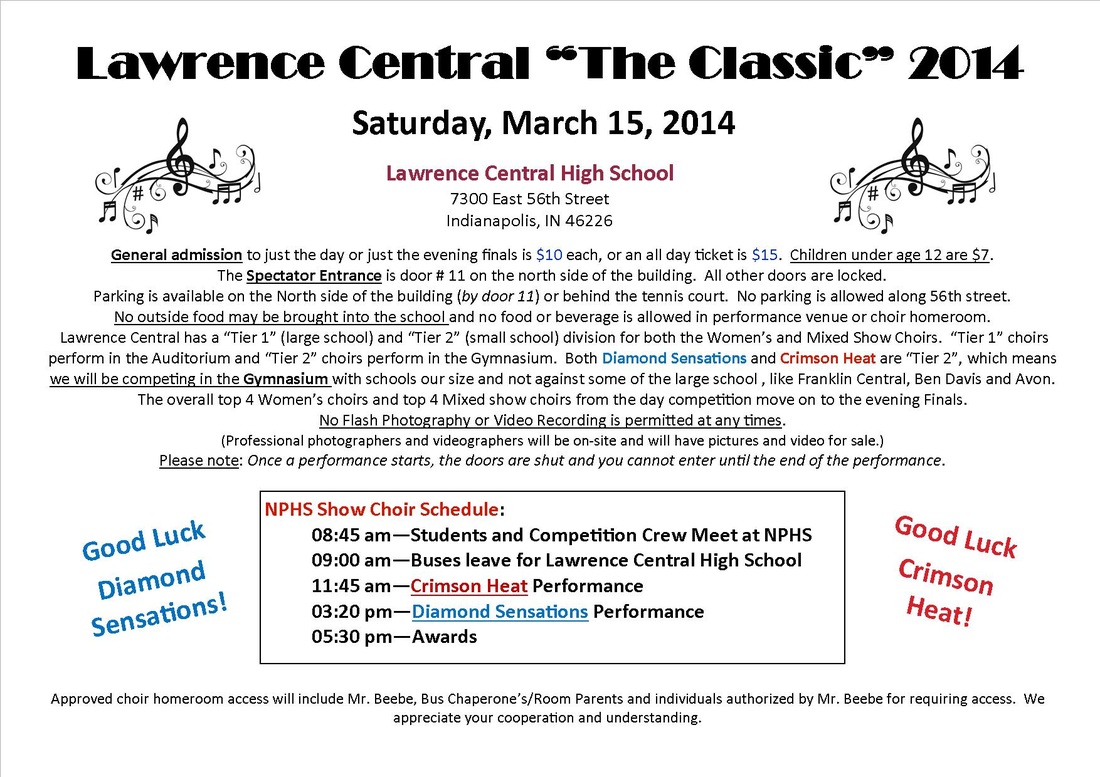