It was a successful trip again to Northern Indiana, visiting East Noble High School for the Knight Edition 2014 competition.  Both choirs again had wonderful performances and we are proud of their efforts, especially after enduring another long bus ride.

When we initially signed-up for the East Noble Knight Edition competition, we understood that the format would have been the same as other competitions - with a Day Show portion and a Night Show portion.  East Noble had so many choirs submit requests that they adjusted the schedule to have just one performance and no "Night Finals".  There were many more choirs competing in the East Noble auditorium than we've seen this season - and some very good competition attending.  Because of the format change for the competition, the Awards were not going to occur until very late in the evening, around 12:00 midnight.  Due to the long 3-hour bus trip home, we chose to pack-up and leave the High School following Crimson Heat's performance at 4:30 pm.  Unfortunately, one bus would not start and that delayed our departure further.  Thank you to all of the parents would assisted us in trying to jump start the bus, as well as those who assisted in transporting students home when we determined we would have to abandon one bus in East Noble and get home before the bad weather arrived.  While neither choir placed  in the top group for trophies, there was certainly a lot of great competition.  Here are the final results: 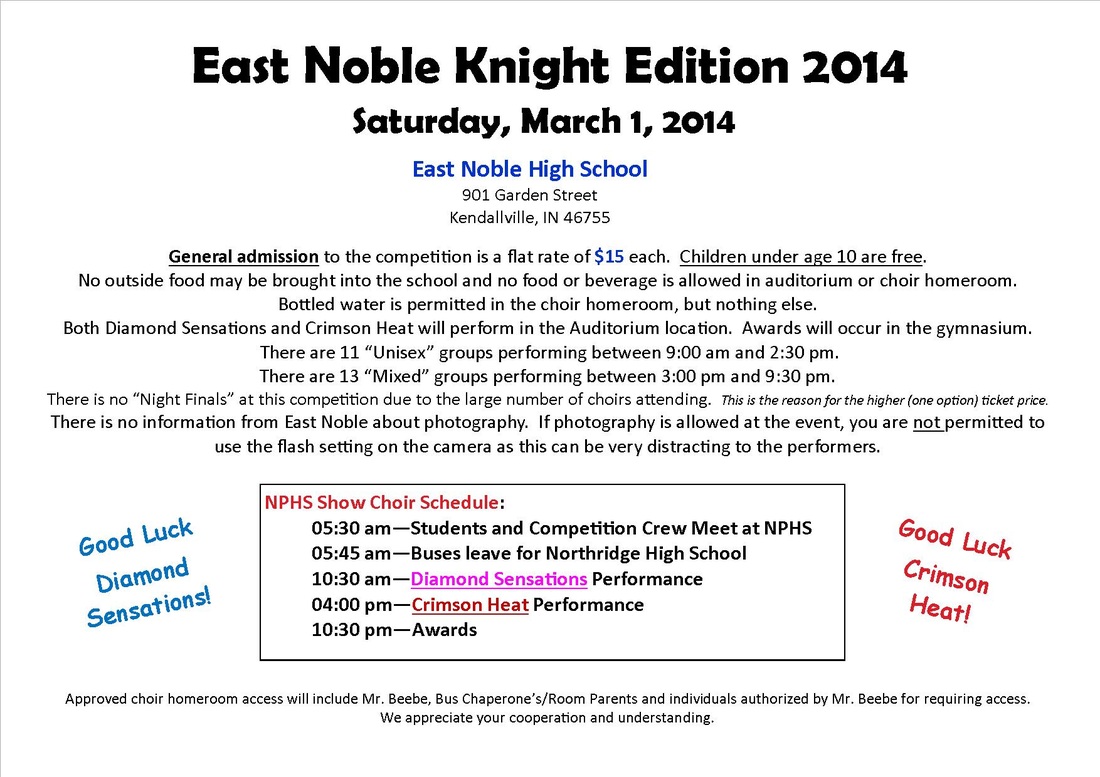