We had a great crowd turn-out to support both choirs - especially the early performance by Diamond Sensations at 8 am.  Thank you to all who came out to support our choirs.  Here are the final results from Night Finals at Ben Davis:

Because there is not a "Small School Women's Division" at Ben Davis, Diamond Sensations had to compete with the large schools attending the competition.  There was only one other "Small School" choir (Dekalb).  Even though they did not finish in the top 3, they still gave a fantastic performance for being the first choir out-of-the-gate at 8 am.  We are proud of each of them for starting-out with a strong show.

Both choirs did a great job with their shows.  There were no major issues with either show and we kept within our allotted 25 minutes for the performance and equipment loading/unloading.  After being off for so many weeks, it was nice to get back out on the road with both groups and see them perform.
Here is the one-page summary posted to the Facebook Fan Page on February 14, 2017: 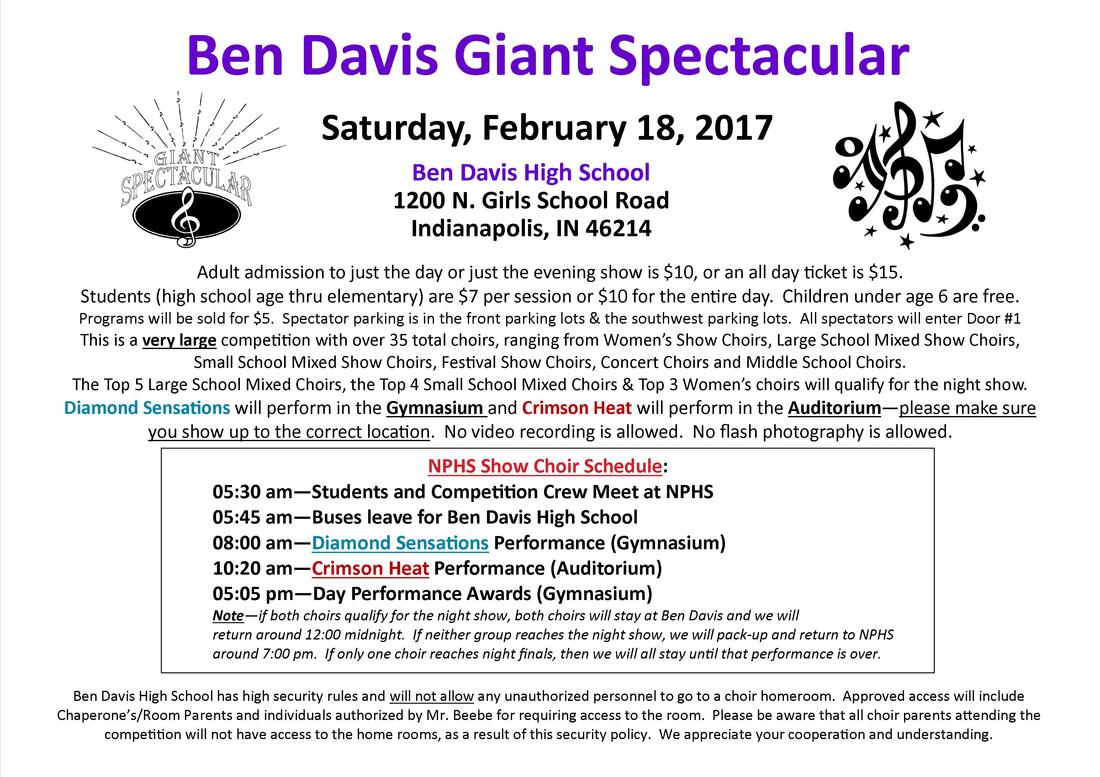 If you are planning to attend this competition, here are a few additional points for your awareness:
Powered by