It was an amazing day at Anderson High School for the "Singsational 2014" competition.  Both choirs made history for NPHS show choirs by qualifying for the "Night Finals" event at Anderson.  While both show choirs have been knocking at the door of a "Night Finals" for the past several years, the members of Diamond Sensations and Crimson Heat  from the 2013-2014 school year were successful in finally crossing that threshold.  They both finished ahead-of or alongside significant competition.  Just when we thought it couldn't be any better, both choirs brought a sharper performance to the night finals.  All choir students should be congratulated for the fantastic effort they gave on Saturday, both in their preliminary performances and in the Night Finals.  Students in Diamond Sensations and Crimson Heat were so pumped after their Night Finals performances - it was exciting to see first-hand.

Thanks to all parents who helped on Saturday, from costume assistance, to chaperones, to crew help, to being supportive fans in the audience.  It's the combination of the parents, these great choir students (their hard work), two great choreographers and a fantastic choir director that make specials days like this possible. 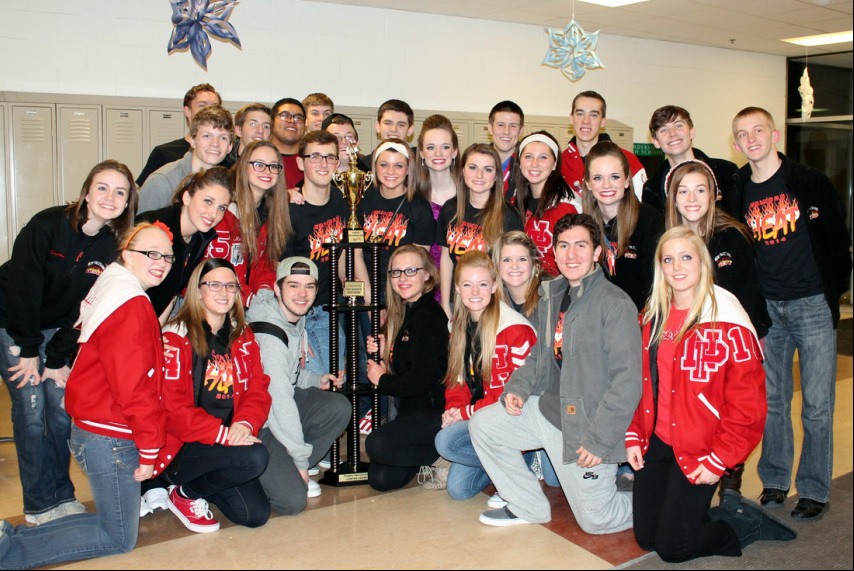 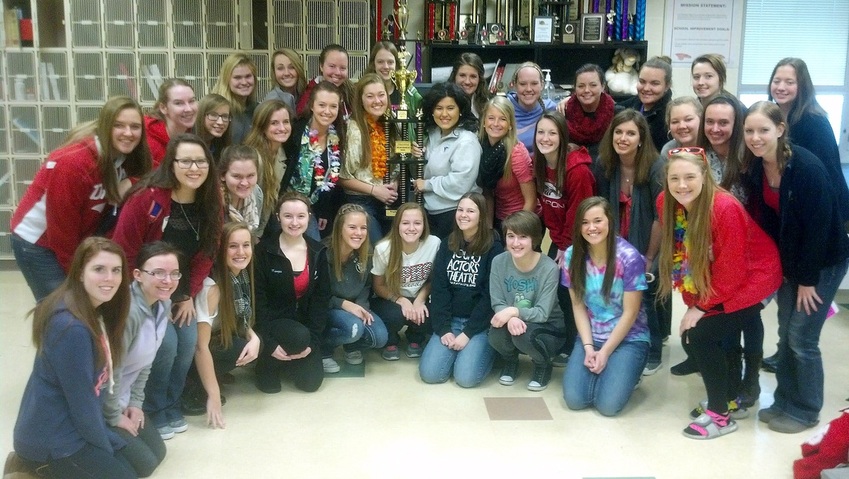 The full schedule for the day is available for below as a PDF attachment.  New Palestine Choir performance times have been highlighted, for your reference.  Here are a few additional points for your information:

This is the first year for this event at Anderson High School, but Highland High School in Anderson hosted a competition before the schools were consolidated.  Here's a bit of New Palestine Show Choir history (also posted on the Facebook Fan Page):

NPHS show choirs have visited the city of Anderson for a show choir competition, but it was Highland High School, prior to the school consolidation in Anderson. It was Saturday, February 6, 2010 - almost four years ago from this coming weekend. A snow storm came into Central Indiana on Friday afternoon prior to the event and all weekend activities for NPHS were cancelled. (An almost identical situation to last weekend). The equipment truck was cancelled and there were no plans to go to the competition.

On Saturday, late in the morning, the weather improved greatly, Anderson adjusted their competition schedule and Mr. Beebe made a last-minute decision by contacting members of Crimson Heat and Diamond Sensations to discuss a possible carpool to Anderson to still try and compete (school buses were not an option and attendance was entirely voluntary). In the end, all but just a few members of Crimson Heat were able to arrive at Anderson with their wardrobe bags and they were able to compete. No set backdrop was available and only a few musicians from the band. The show was performed with costume changes (the EZ-Up tents were transported in a vehicle). The performers ran the show almost entirely acapella. Because there was no drummer or drum kit, Mr. Beebe kept time by using a drum stick on the corner of the risers.

Unfortunately, Diamond Sensations did not compete on this date due to not having enough members available for the last-minute performance. Only two women's choirs competed that day, with East Noble High School's "Premiere Edition" taking first place and Fishers High School "Silver Sound" taking second.

While the location is different, the other competing choirs are familiar from the last time - including Fishers High School, East Noble High School, and Lebanon High School.
Here's a copy of the revised one-page communication published on the Facebook Fan Page on January 30, 2014: 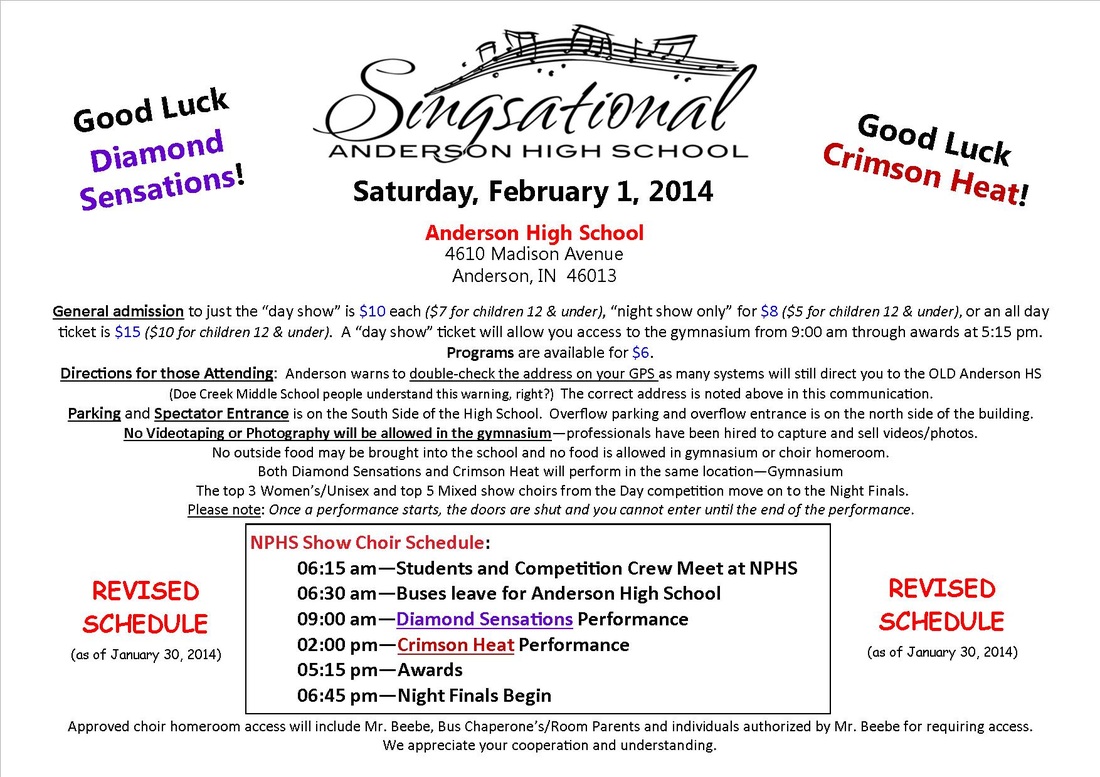